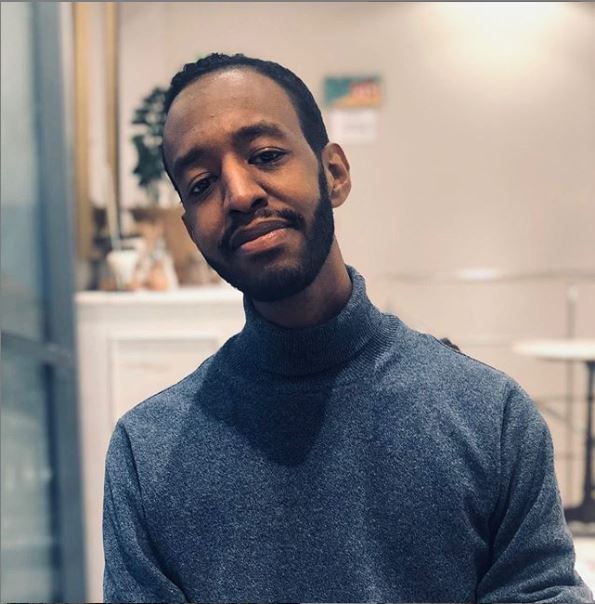 Hassan ElFadul’s a unique voice in the podcasting community. He uses his platform, Hassan Talks, to raise awareness about his beloved Sudan, the varied communities that exist and thrive in the country, and shares stories about the Sudanese diaspora who are making their marks around the world.

Creativity Undefined spoke with Hassan about his podcasting journey, his favourite episodes, the importance of niche podcasts, and his hopes for the future of Hassan Talks.

How did you get into podcasting?

I always wanted to have my own talk show and interview interesting guests, so podcasting was the way to achieve this dream. But I was overthinking it, procrastinating everything about it, then the pandemic happened and I found myself with a lot of free time, so I decided to make it happen in April 2020.

How’s the experience so far?

Way more difficult than I thought it would be, but also more fun and enjoyable than I ever imagined and that’s what keeps me motivated to keep pushing through this dream of mine.

How has Hassan Talks evolved since you first began?

I can see three phases of evolution of the podcast since I started. Phase one was just recording under a blanket with my phone, phase 2 was getting some basic equipment and a proper [microphone], and the third phase is turning the podcast into videos and interviews [that] are watchable on YouTube. Of course, getting more exposure and recognition helped me to get through these phases and I’m still trying to put my name out there with every episode I produce.

What inspired your decision to use Hassan Talks as a platform for Sudanese communities and individuals as well as news about your country?

It’s a responsibility. I live in Spain, way too far from home and that [puts] me in a position of representing my country whether I wanted that or not. I have been in events, TV interviews & protests all about Sudan and its situation, so the podcast was nothing more than another platform for me to speak out my mind and also tackle some topics in a way that’s not tackled in other media channels.

Was this a deliberate choice? Why?

Definitely, I had it in my mind and discussed it with friends for a while, however, Hassan Talks came to life in the most spontaneous way. I recorded the first episode with literally no idea of what to talk about or even where to upload. That’s why on the first episode I ended up just talking about the dilemma of starting from zero and I used my case as an example, that was my way of stopping the overthinking and just turning this idea from a notepad to a real thing.

How is Hassan Talks helping to support and raise awareness about the Sudanese community abroad and in Sudan?

A good example would be the episode that followed the tragic floods that caused so much damage in Sudan and linking the donations that the podcast receives from that episode to the local NGOs that work on the ground. Another episode was with “Fill-A-Heart”, a youth-led charity organisation that aims to rebuild orphanages in the country along with great other projects, episodes like this are basically targeting the Sudanese who reside in the diaspora and tries to connect them with their homeland and contribute in the best way possible.

What’s the biggest challenge you’ve faced so far? How did you overcome it?

Consistency. It’s extremely difficult to be motivated to produce episodes every week, specially doing all of this alone, everything in the process is done by me, I don’t work with a team.
[I’m] overcoming this basically by enjoying it, from editing the audio to designing the promos for each episode, from sending invitations to guests to planning the calls then recording [them], I love all [of] that, so the passion for this made it easier and makes me want to do more every time!

Do you have any favourite episodes or guests? Which one(s)/who and why?

Episode 01 “Start from zero” is easily my favourite because it’s extremely authentic, personal & unscripted. Also, Episode 19 “France between Islam & Laïcité” goes down as [another] of my favourite episodes, because that was the first time I recorded outside my room with the guest on the same couch, carrying my equipment and going to someone else to record with them is so special to me!
The favourite guest award goes to Layal who I had on “Fasting Ramadan in Spain” episode, simply because she was the first guest on the show and a dear friend of mine. I had so many great people on the podcast so far, each guest is special to me for a unique reason, some of them are my friends and some became friends after getting in touch with for the podcast, I’m so blessed to be able to connect with every guest that was on the show so far!

Who’s your dream interviewee or what would be your dream podcast episode to create? Why?

As long as we are talking about dreams, I’d love to have Abdalla Hamdouk, the current Sudanese Prime Minster on my podcast, simply to have a chat with him about [the] politics in our country. In Sudan, there’s this barrier between people in power and the general public, [and] I wish to see those are working in the government in podcasts or on a media channel that is not biased, we need more of that to break the barriers.

What you think is the importance of having niche podcasts such as Hassan Talks?

Covering the most important topics that are not talked about or ignored in our community is the importance of such podcasts or media channels. Our society tends to avoid tackling some sensitive issues, if these things are not discussed in a proper professional media outlet then it will never be considered wrong or requires a change between people.

What do you hope to achieve with your show?

The podcast helps me express myself better, learn more about things I thought I knew…if I can achieve things like with every episode then the podcast is as successful as it could ever be!
I’d love to go further with my podcast, create a good image of Sudanese content creators out there and make my podcast an example for those who want to start their own podcasts in Sudan. We don’t have enough talk shows and that could change soon.

Where do you see yourself and the show in the next few years?

I hope to make more episodes, create different series, and make the podcast my actual work. That would be a huge step and I’m still in the beginning, I need to keep working and improving to achieve such a dream goal!

What do you think about the indie podcast community?

I have so much respect for them. They laid down the essence of podcasting for people like me; if it wasn’t for such [a] community, we would just have radio, which is good but very regulated and controlled. Podcasting gives so much freedom and space for creativity for hosts, all of that and more couldn’t happen if there wasn’t a strong independent community that represented podcasters and made it a thing.

Is there another podcaster or podcast show that you admire? Who? Why?

“TSFP” was the first podcast I’ve ever subscribed to, they talk about football in Spain and I’m a huge fan, so I have been listening to them for years now. I also love “The Immigrant Section” by Abbas Wahab, who I had the honour to have on my podcast as well. He is easily the best Sudanese podcaster in the business, [a] very funny guy and an example to follow.

Are you working on something new, whether for your show or as a personal project? Can you share some details?

Right now, I’m a co-host on another podcast that’s called “Dafouri” which is about football, it’s the most recent project. Currently, I’m making more solo episodes as I’ve reached the 30th episode milestone. I’m also creating a new series and more collaborations with other creators, I’m not gonna reveal all the secrets but I have very interesting things happening very soon on Hassan Talks!