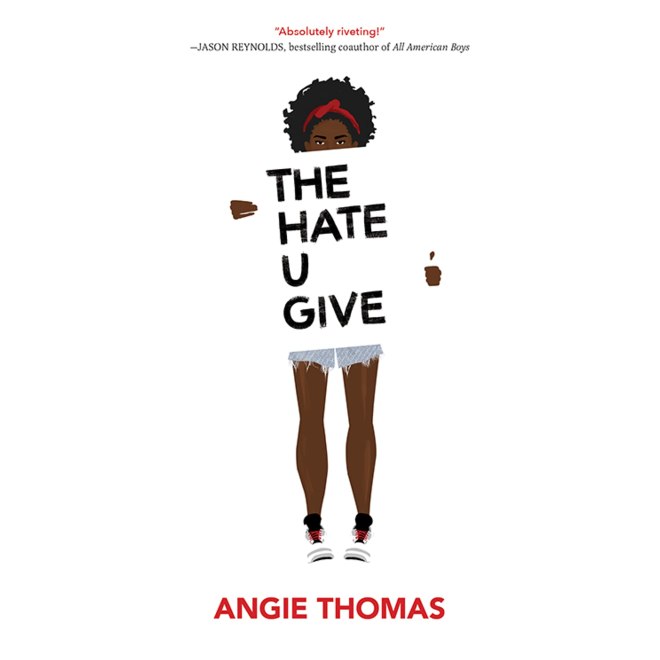 Review: The Hate U Give

Sixteen-year-old Starr Carter moves between two worlds: the poor neighborhood where she lives and the fancy suburban prep school she attends. The uneasy balance between these worlds is shattered when Starr witnesses the fatal shooting of her childhood best friend Khalil at the hands of a police officer. Khalil was unarmed.

Soon afterward, his death is a national headline. Some are calling him a thug, maybe even a drug dealer and a gangbanger. Protesters are taking to the streets in Khalil’s name. Some cops and the local drug lord try to intimidate Starr and her family. What everyone wants to know is: what really went down that night? And the only person alive who can answer that is Starr.

But what Starr does—or does not—say could upend her community. It could also endanger her life.

This isn’t a book for the faint of heart. It’s also not a book for people who don’t like cursing, uncomfortable situations, and being challenged about their viewpoints.

This is a book for those seeking to understand what’s happening in African American communities beyond the headlines, beyond the stereotypes and pop culture references and appropriation.

Angie Thomas invites you into her community through Starr’s experiences as she navigates a dual existence – as herself in her neighbourhood and as a student in a preppy, mostly-white school. The story doesn’t sugarcoat things, nor does it put clearly defined “good guys” and “bad guys” – but that’s just our perspective.

We definitely felt uncomfortable in certain scenes and denied or downplayed some things that were presented as part of the narrative but it definitely helped us to have a more nuanced understanding of the collective grief and anger we kept glimpsing on the news and in series and movies.

Even though the book came out in 2017, its narrative still feels as fresh and raw as if it was published in 2020 or even 2021. It’s unfortunate that American society continues to grapple with the demonising of each community, resulting in deeply entrenched “battle lines” – and we mean that in both the metaphoric and literal sense.

We recommend reading this in spurts so that you can absorb what’s going on and take the time to understand how each scene, chapter, and character fits with the ongoing narrative in the real world. Though this is marketed as a Young Adult boo,k frankly, it’s a must read for people of all ages and backgrounds.